9 Super Mario Odyssey tricks that you may not know The first few hours of the game will be spent getting to grips with Mario’s new cap-throwing abilities, but those aren’t the only new moves you should be learning. He’s also got a new and improved mid-air dive which is similar to the one in Super Mario 64 and Sunshine but is far more useful because it makes him dive straight forward rather than down at an angle. To do it, press ZR + Y at the top of your jump, and Mario will do a dive. It’ll take you a while to get used to pulling it off, but once you do it’s great for reaching platforms you can’t reach with a normal jump. Super Mario Odyssey is obsessed with making you use motion controls. Every time you start the game it tries to convince you to crack apart the Joy-Cons and use them as separate motion controllers because, according to the game, they offer extra moves.
This is no use if you want to play in handheld mode but don’t worry: in reality, those extra moves – throwing your hat straight up and straight down – are never really needed. And in case you think the powerful spin attack is only possible with motion controls, that isn’t true: the game just doesn’t tell you how to do it with a normal controller. Just rotate the analogue stick quickly until Mario spins around, then press Y and you’ll do the spin attack, no motion needed. Each of the Kingdoms in Odyssey has a bunch of bonus areas, which can be entered through pipes, doors and the like. These are usually self-contained platforming stages where you collect a Power Moon at the end then exit through another pipe or door to return back to the main area.
The thing is, practically every single one of these bonus areas has a second Power Moon hidden somewhere. Think of it like the Shrines in Zelda: Breath Of The Wild – there’s always a chest at the end but there’s always a hidden chest too. While it’s tempting to plough through to the end of these areas, then, take your time and look for the second Moon instead.

4. Use the hat throw to change jump direction Mario can throw Cappy whether he’s on the ground or in the air, but the latter is especially useful because it can get you out of some tight spots. If you jump and it looks like you’re about to land in danger, move the stick in a different direction and throw your hat. Mario will turn in mid-air, throw the hat and move in the direction he threw it.
This is also useful if you just miss a ledge with a wall underneath it: if you hit the wall, do a wall jump and immediately turn back and throw Cappy. With any luck, Mario will turn back and the extra height will help him grab the ledge Each Kingdom has two Crazy Cap stores – one yellow, one purple – where you can buy a variety of outfits for Mario, as well as stickers and souvenirs to decorate the Odyssey with. However, each yellow store also lets you buy a Power Moon for 100 coins. Every time you arrive at a new kingdom, the first thing you should do is track down the yellow Crazy Cap store and buy its Power Moon, because it’s an easy first step towards hitting the target number of Moons to power the Odyssey and move on to the next Kingdom.

6. Risk your life for Power Moons and currency 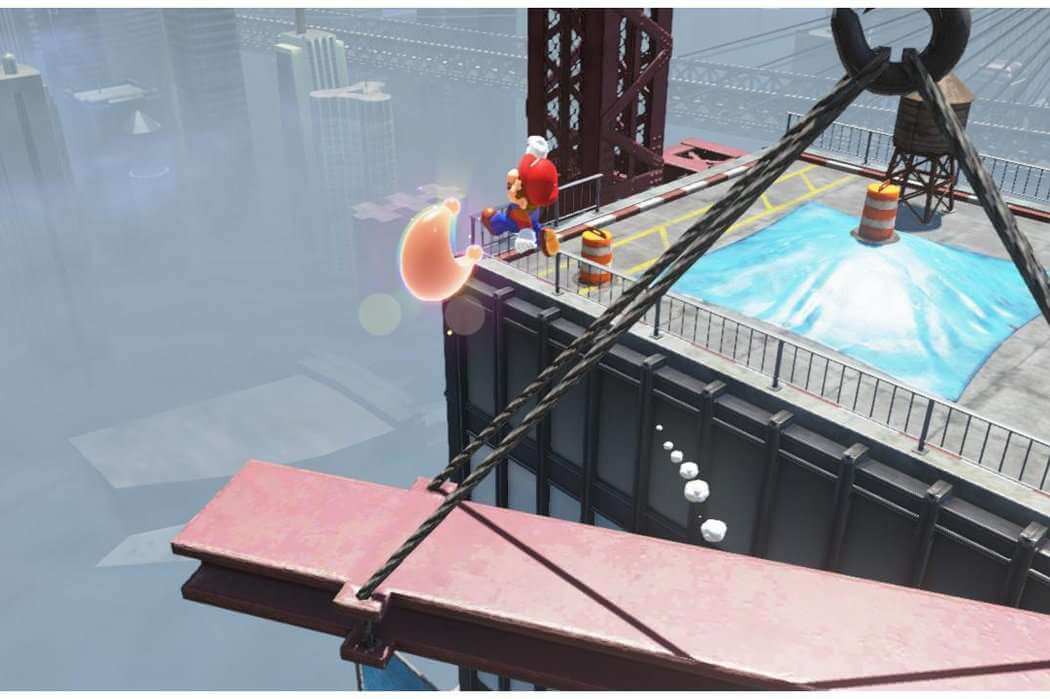 Occasionally you’ll see a Power Moon or purple currency in a dangerous place. It might be near an enemy when you only have one bar of health left, or it might be floating above a pit and you’re not sure how to grab it without dying. Just grab it anyway.
The game auto-saves every time you collect a moon or any purple currency, so if you grab it and fall into the pit it’ll still count as being collected. Go back to the pit when you start your next life and you’ll see the outline of the item as proof. Since the game has infinite lives and you only lose a mere 10 coins for dying, don’t spend ages trying to figure out how to grab those tricky items, just dive in head-first.

7. Finish the story before exploring Super Mario Odyssey’s Kingdoms are so beautifully designed that it can be tempting to take your time in each one and try to get all the Power Moons before you move onto the next Kingdom. Our advice is not to do this – instead, aim to finish the main story first by collecting the bare minimum required number of Power Moons on each Kingdom and then moving on to the next.
Without wanting to spoil anything, there are some Power Moons on each Kingdom that are impossible to get until after you’ve seen the end credits, so rather than stress out about how to get Moons that seem impossible to find, beat the game first and you’ll be free to collect all the remaining Moons with no restrictions in the post-game. After a while you’ll find yourself wandering around aimlessly with no idea where the remaining Power Moons are on each level. That’s where the helper characters come into play. The Talkatoo (the parrot on each stage) will give you a clue to the name of a Power Moon, so you can try to figure out what to look for.
If you want something less vague, the Hint Toad will show you exactly where one is for cold hard coins. Finally, Uncle amiibo will also show you the location of a Power Moon if you scan an amiibo. Some amiibo – including Luigi, Waluigi, Wario and Gold/Silver Mario – will also unlock special costumes at the same time.

9. Use amiibo during gameplay, too 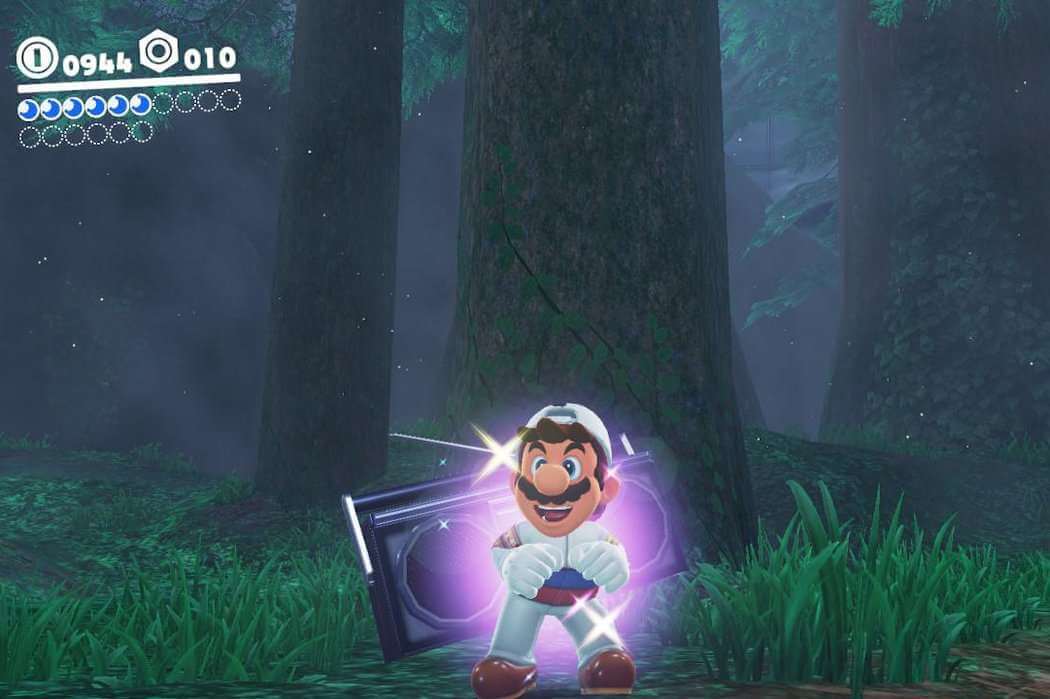 Uncle amiibo isn’t actually the only way you can use an amiibo while playing Odyssey. At any point during gameplay you can hold Right on the D-Pad, which makes the amiibo logo appear on the screen. You can then scan any amiibo at this point to get an in-game bonus. This could be something fairly pointless like a couple of coins, something useful like a life heart, or even something unique: if you scan a Mario amiibo, for example, he’ll become invincible as if he’d collected a Star, something that isn’t possible in the game otherwise.

Hey guys, after putting hundreds or thousands of hours in shooting games like PUBG, …