If you’ve seen any of the dozen or so Friday the 13th movies released over the last 30 odd years, you’ll know that summer camp counselors hold a miserable track record when it comes to surviving against the predilections of monstrous mommy’s boy Jason Voorhees. This doesn’t bode well for your odds if you’re playing as one such counselor in Gun Media’s recent video game adaptation of the slasher franchise! If only there was some kind of tips guide they could follow… Hmm…

Despite their comically alarmed exteriors, these teens have the capacity to rob Jason of his bloodthirsty persuasions by either escaping the camp or even defeating him for good in the 7v1 asymmetric multiplayer matches, whereby a hint of teamwork and strategy can go a long way towards saving your skin. Once you find yourself in the shoes of a councilor, it’s a good idea to take heed of the following tips and pointers, so as to give yourself the best chance against your silent stalker. God speed, campers!

1. Stick together (most of the time), but remember to shut the hell up

We all hate it when a character in a horror movie trails off from the group to venture by themselves, only to get brutally murdered as easy pickings. Learn from their mistakes; find fellow counselors and keep close to them as best you can. Jason can only kill one person at a time, and that strength in numbers makes it harder for him to pull through on an execution when there’s other folk around to distract him, or disorient him with any flare-guns, traps, or weaponry you might have accrued between you. And at the very least, more targets means that you always have the chance to run away while he’s killing someone else.

More importantly, Friday the 13th’s smart, proximity-based chat system means that you can only converse and coordinate with your teammates when near one another (unless you find walkies-talkies), which makes devising strategies for escaping the camp far easier than if you’re attempting to do so alone.

However, there are big risks to hanging out in a group as well. For a start, you’re going to be easier to track as a team, and if you’re not smart when Jason turns up, you could easily find him butchering through two to three of your side pretty quickly. Additionally, never, ever forget that the Jason player can hear your voice chat when he’s close as well. As such, do not talk future plans, strategies, or player locations when being stalked. Speak only when absolutely necessary, and keep it vague and coded at at all times. Otherwise you’re handing kills to him, gift-wrapped. Careless talk costs lives.

And if you do get the walkie-talkies, it can actually be really advantageous to split up, as long as you’re very careful. Collecting the various bits needed to, say, fix, refuel, and start the car, can go a lot quicker when you have different groups exploring different areas, calling out Jason sightings to each other, and highlighting the locations of weapons and useful gear.

You’re not just a counselor in Friday the 13th, you’re also a professional cabin raider. Survival depends on what you can achieve with the resources you have, but you need to find them first. Most items will be hidden amongst the various pieces of furniture within the camp cabins themselves, and an unopened chest of drawers represents an opportunity to discover a walkie-talkie, a penknife or, better yet, a map for navigating the area. Larger items like car batteries or bear traps are usually tucked away within the corners of each room, but picking up these requires forgoing any weapon you might be holding at the time, so consider your priorities before you start feverishly grabbing everything in sight.

3. Windows and doors are your best friend

In Friday the 13th, it’s nothing less than survival 101 to open every window and barricade every door of the cabins peppering the campsite. As someone whose gargantuan physique leaves little leeway for navigating tight spaces, the window is Jason’s greatest enemy, so be sure to use them to your advantage as often as possible. Leaving them open means that, should you need to leap through one in order to make a quick escape, you won’t come out the other side covered in shattered glass and bloody bruises. Locking and barricading the doors of each cabin is equally important, as this makes it much harder for Jason to get inside, provided he doesn’t have his rage ability – which otherwise allows him to charge through fortified wood like it was paper. Plus, you earn XP for every door your barricade up, which means more money to spend on perks and other items for your character.

At first, playable stereotypes like the jock, the nerd and the rocker may appear as purely cosmetic distinctions, but there’s important nuances embedded within Friday the 13th’s array of selectable counselors. Each fetchingly dressed 20-something comes equipped with their own set of statistics, which can determine in-game actions such as how far they can run or the amount of noise they generate in motion. Effective teams will recognise the advantages of this diversity by, for example, entrusting the character with the best repair skills to fix up the car while more agile or combat-ready players can distract Jason in the meantime. The perk system, too, is a valuable means of progression, and some of the randomly generated upgrades – such as the ability to spawn into the game equipped with a baseball bat – can alter the odds in your favour by some significance.

This is generally good advice for all situations in life, I think, but ‘fear’ is a cornerstone mechanic sewn into the very fabric of Friday the 13th’s online dynamics. Every time a counselor is alone, being pursued, in the dark, or near a dead body, their fear increases, which makes it easier for Jason to track them. This is why it’s so important to stick together, but you can also avoid fear by sticking to lighted areas or holing up in a hiding spot. Additionally, don’t sprint unless you need to, and it’s recommended to open all doors and windows as slowly as possible, instead of hurtling through them like a frenzied chimpanzee. Some characters are more easily spooked than others, so if you’re someone who actually enjoys the thrill of the chase, perhaps consider picking a more battle-hardened counselor who won’t start shivering at the sight of a dimly lit log cabin.

If one person is attempting to fix up a car while the other is looking for ways to kill Jason, I’m sorry to say that you’re going about it all wrong. Each avenue for winning the match as a counselor is a multi-step process, so players should seek to pool together and focus their efforts on a single objective whenever possible. If you know someone has a boat loaded up with petrol, then prioritise the hunt for a propellor. If Tommy Jarvis has spawned in on the scene, and your group seems fairly coordinated, then consider ganging up to bash the hockey mask from Jason’s’ head – more on this later. That said, it’s worth remembering that even the best laid plans can go awry, so this strategy doesn’t ensure victory for all, but it certainly improves your chances over running around like headless chickens.

The filmic authenticity of Friday the 13th is palpable, right down to the authentic score. This use of the original soundtrack is more than just a complementary afterthought, however, as the in-game musical cues play a big part in signalling Jason’s status and behaviour within the camp. You know that spine-chilling jingle of “Ki Ki Ki, Ma Ma Ma”? Every time you hear this, it means that Jason has received another power to use in his hunt for counselor blood. The more savvy players will therefore be able to figure out exactly which powers Jason is equipped with at any time, and behave accordingly in response. More notably, the in-game music significantly ramps up whenever Jason is nearby, which is an instant signal for you to start making your getaway as soon as possible. That said, Jason’s ‘Stalk’ ability eventually allows him to creep up on players without this music giving him away, so try not to fall into a false sense of security if those high-pitched strings aren’t blaring through the speakers.

8. Fighting should be a last resort (unless you plan it right)

Jason is a master of hand-to-hand combat, a big fan of weaponised household implements, and almost entirely averse to permanent injury. Best to remember this and take it to heart whenever you consider battling him yourself, then, as it probably won’t end well for you. Though all weapons have the chance to temporarily stun Jason when you whack him with them, the likelihood is that he’ll brush off your melee attacks as if you tried to tickle him with a toothpick.

Instead, attacking Jason should only be attempted if there’s no other option left, or if you’re in a group of two or three and well-equipped with it. While baseball bats will tend to bounce off him, shotgun shells and flaregun shots will stun Jason for a good chunk of time, and bear traps will slow him right down too. If an encounter is inevitable, a well-planned stand-off can be a great opportunity to escape, if you combo a few of these together well. A decently strategised, offensively-focused cabin siege can be really useful in ‘resetting’ a pursuit.

Generally though, avoid Mr. Voorhees like the plague, and only take the fight to him when the circumstances are truly dire or you’re very confident you can handle it.

9. You CAN kill Jason

He may seem like an indestructible hulk, but if you manage to perform a specific set of actions then it is possible to defeat Jason. To do this, you need to call in Tommy Jarvis by finding the radio, then wait for him to spawn into the map once at least one of your counselors has died. Make sure you arm Tommy with a machete (you can give his shotgun to someone else) as you’ll need to use this later on. You also have to grab Pamela’s sweater from Jason’s shack and equip it onto a female counselor, but be warned that Jason will be notified as soon as you enter his shack so get out of there sharpish.

Next, you need to keep attacking Jason with weapons until his mask comes off, at which point you are ready for the final steps. First, approach Jason with the female counselor wearing Pamela’s sweater and use it like an item, causing her to imitate his mother and tell him to calm down. As soon as his guard is lowered, whack him with a melee weapon to drop him to his knees, then quickly use Tommy to interact with Jason using the machete to trigger a final kill cinematic and end your nightmare. 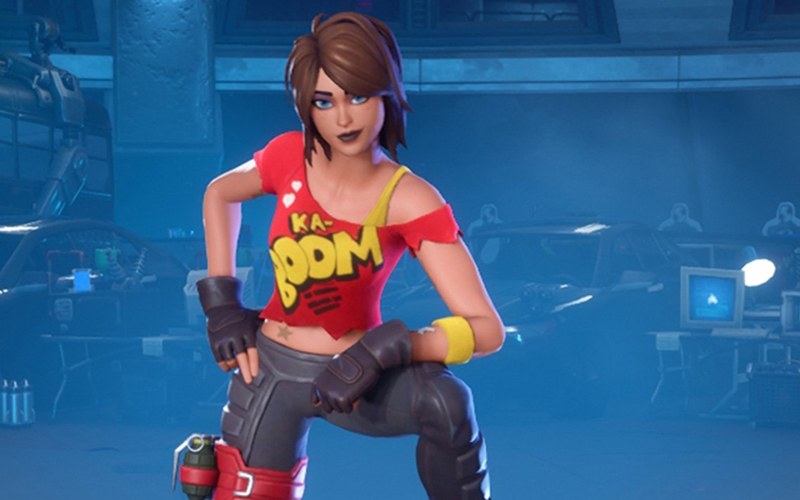 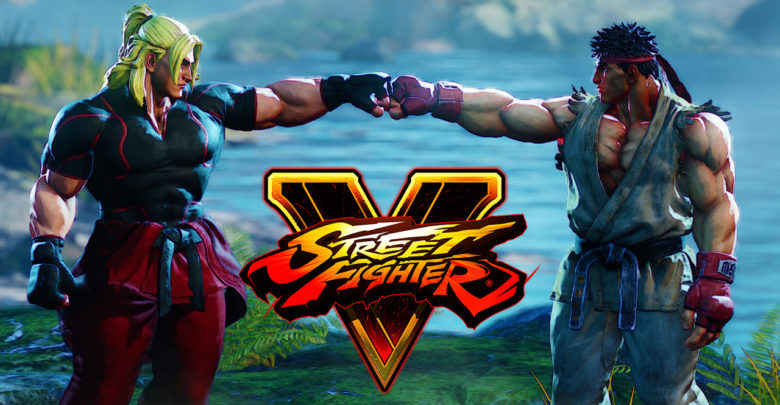 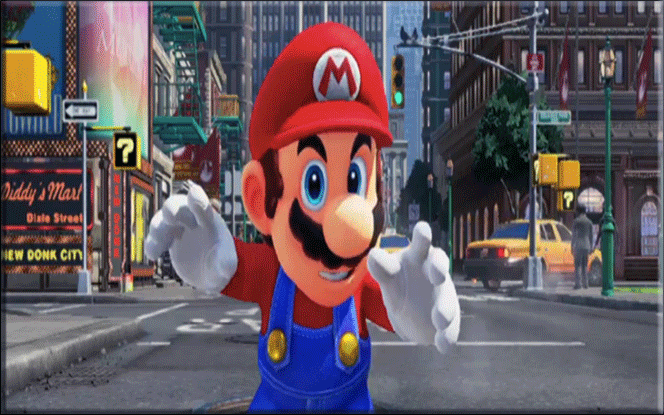